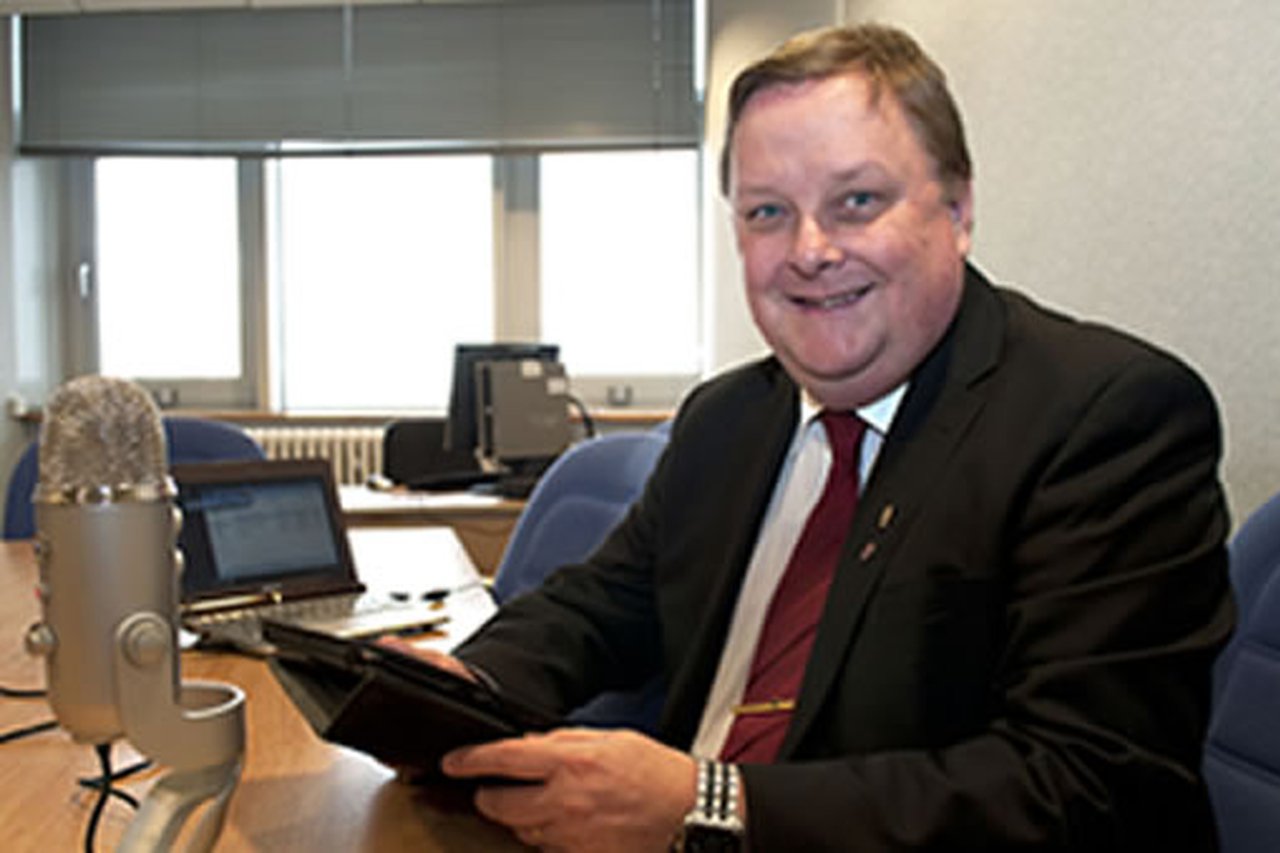 Being away from the office, even for a few days, can be a nightmare for the hardest working professionals. Yet, if they want to have a semblance of a ‘normal’ family life, it’s essential. Fortunately, Swedish entrepreneur Kenneth OE Sundin has come up with the answer. He calls it Worcation.

It’s not that a hot, sunny climate and an ice cold, poolside drink are unappealing ideas to Kenneth OE Sundin. Nor does he feel a sense of dread when he thinks about spending prolonged periods with his family. Far from it. In fact, he’s a committed family man with an appetite for the good life. It’s just that, as the Founder of SME Academy, the global knowledge provider network for entrepreneurs and SME managers, he’s an unbelievably busy man. So taking extended periods off work can be not merely tough, but totally impractical.

‘I was Managing Director for a software company in Sweden, back in 1991 or ’92,’ he says. ‘And I’ll never forget the Chairman saying to me, “Kenneth, you work so hard. Don’t make the same mistakes I did – I missed my daughter’s first communion and so many other family events. I just wasn’t there for them.” And this was really the trigger for Worcation. I felt compelled to ask myself, how can I be the tireless entrepreneur I’m driven to be and yet still spend time with my family?’

The answer came, fully formed, around 1997 when Kenneth was working in Lebanon (his wife’s home country). His working routine had, in the previous five years, developed to a point where he was able to take more time out of the office and work while on holiday. By making his family aware that, when he was in his office, he was not to be disturbed, he managed to achieve the same amount, if not more, than the majority of those who worked from a fixed location but took less time off. And, one day, sitting in his holiday home, it struck him.
I felt compelled to ask myself, how can I be the tireless entrepreneur I’m driven to be and yet still spend time with my family?

‘It just popped into my head – the word: Worcation. I was sitting there in Beirut, drinking a cold drink. My wife and family were in the other room and I’d set up a makeshift office space where I was left undisturbed. I was running a project conference on Skype with a team of people in various locations and I just thought to myself, I could have cut this vacation short, but instead, by working during the time away, I’ve been able to stay for longer and be more present for my family. It’s perfect – I’m on Worcation.’

He soon developed the concept into what has become a hugely successful e-book and something of a bible for family-focused entrepreneurs. But, I ask him, isn’t this just a repackaged version of what we’ve all come to know as ‘telecommuting’?

‘Absolutely not,’ Kenneth insists. ‘Telecommuting is a far less nuanced concept. It basically means working from home as an alternative to working from a central hub. Worcation, on the other hand, acknowledges the fact that many people prefer or need to work out of the office from day to day, but it shows professionals with huge responsibility how they can take the same time off as people with fewer responsibilities and yet still remain highly proactive.’

It’s an appealing idea, of course, but one that might be difficult to implement for many people. And I pose to Kenneth all manner of cultural observations that negate the possibility of incorporating Worcation into life. I tell him, for instance, that some partners would, in no way, accept the idea of their other halves taking their work on holiday with them – that their family time is not to be messed with. This, however, simply makes him smile and freely admit, ‘It’s not for everyone. But, that said, if you have any other kind of career, I think you're more likely to end up with a different kind of partner. The families of people who spend much of their lives working know what to expect and a certain dynamic develops. Worcation enables those people to maintain that dynamic and still feel close to one another.’
Telecommuting is a far less nuanced concept

Fair enough. So what about at the organisational level? I ask Kenneth if Worcation is something that can be developed from the top down or if it’s a luxury available only to those at the top of the organisational tree. And not just because it appears to have been designed that way. It also seems like something that might be culturally impossible to implement at lower levels. Resistance would surely come from all angles – nervous managers, jealous colleagues, those who ‘don’t see the point’ or feel that it’s perhaps just a means to piling more and more work on them. Never mind Britain, is Sweden even ready to adopt Worcation as an employment principle?

‘Ah, Sweden isn’t as laid back as all that, you know. There’s something of an old fashioned work ethic that’s probably not that different to Britain’s and I agree that a concept like Worcation will be a real challenge to implement in the face of cultural rigidity. I think it has much to do with our viewing work from a now far-outmoded industrial revolution perspective – the factory model. We get up, we go to work and we come home at the end of the day. This is ridiculously old fashioned considering the types of technology available to us but good change management will see to it that, over time, the nervous and the jealous become the confident and the excited.

It’s funny that he mentions outmoded ways of working, because in many ways, we seem to be drawing close to full circle. Pre-industrial life manufactured to meet immediate needs and was a much more sedentary affair. And, although that’s certainly not the case in 2014, we do appear to be moving back towards a model of working within which quality of life is a key focus. So is Worcation really the future or is it just plain old back-to-basics?

‘It’s both,’ grins Kenneth. ‘It’s a concept that’s absolutely rooted in the needs of the 21st Century entrepreneur, but in many ways it’s very close to the pre-industrial farming model. And, yes, you could say it’s a return to a more relaxed way of working. My grandfather was a farmer and he would get up and go out into the fields. He would assess a job, think about it for a while and then maybe he would sit and chat to his farm hands for a while and drink a cup of coffee. Then he would set to work and near break his back, putting his all into it, and then he would break again for a long period of time before starting again and working until it was dark. This to me is closer to the life of an entrepreneur than the factory model of working.’