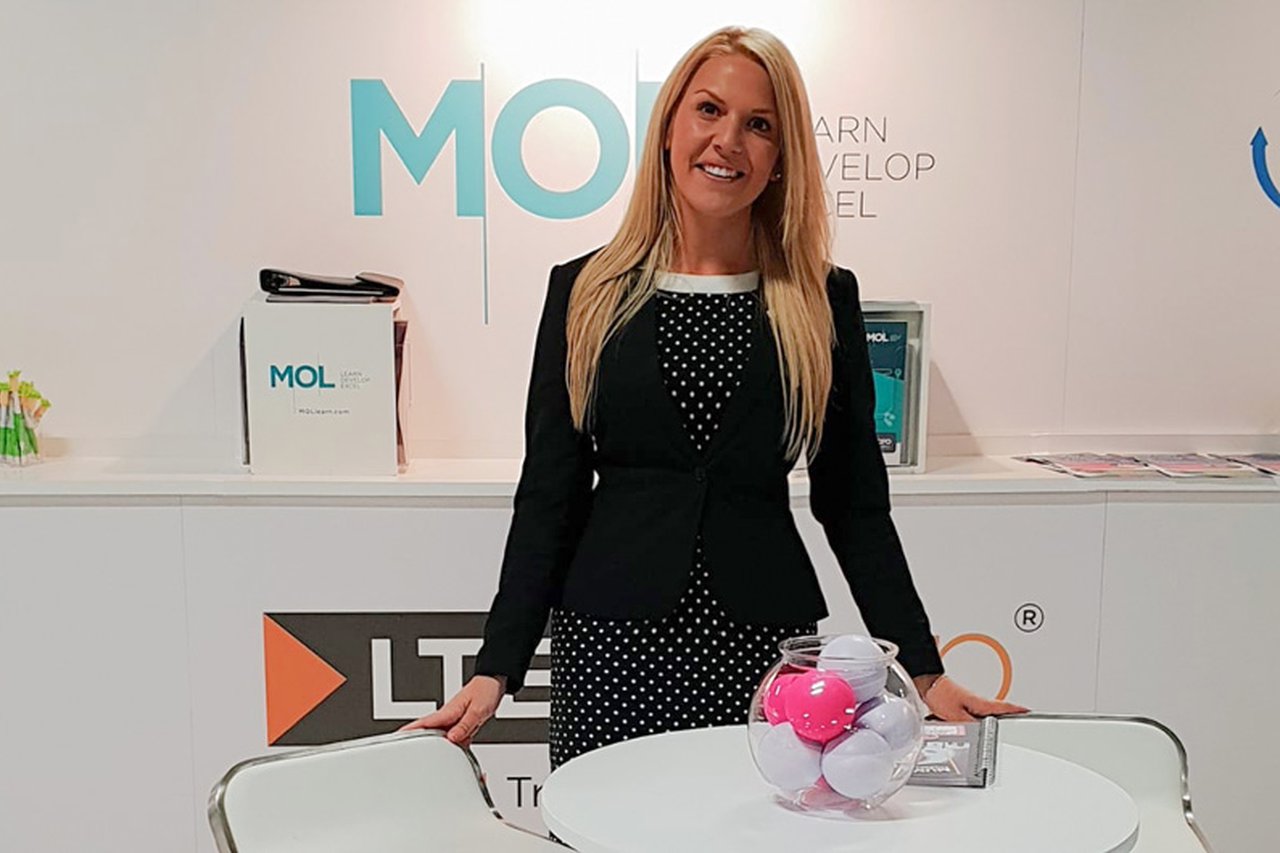 In June I joined my LTE Group colleagues to showcase our portfolio at the Mums Enterprise Exhibition at Event City in Manchester. Mums Enterprise Ltd organises the UK's only free, flexible work and business show.

The event brought thousands of people together, flying the flag for the ‘flexible work, gender diversity and mum economy’ movement. It provided initiatives, individuals and organisations a platform to be seen and heard by an audience of mums (and dads!) who are seeking to retrain, find work, start or grow a business.

The event was split into five zones: ‘boost’, which focused on life skills, mentoring and retraining opportunities; ‘flexible work’ featured employers and agencies offering jobs; ‘business’, which focused on developing ideas; ‘opportunities’ such as franchise, freelance and working from home opportunities and a ‘retrain/upskill’ zone focusing on e-learning, college and higher education courses. There were also workshops and an open mic stage where visitors could hear from success stories.

MOL featured on LTE Group’s stand, which also comprised The Manchester College, UCEN Manchester, Novus and Total People, and was located in the event's “retrain/upskill” zone.

The event brought so many like-minded people together and had a great buzz. Unlike most business exhibitions, I got to meet some wonderful children who filled my day with joy, and it was fascinating to find out what brought their inspirational parents there.

It was apparent that the end of maternity leave felt far in the future when the women I met first left their roles, but that time had flown. They found themselves at a loose end once their babies had settled into patterns of eating and sleeping, and quickly began thinking about digging out work clothes, dusting off their brains and separating the newly exhausted mother from the former career woman.

For some, the break helped them realise their career wasn’t what they wanted, some couldn’t wait to get back to roles and careers they loved, but others told me they had lost confidence in their abilities and weren’t sure how to get back into the workplace. For women used to being intellectually stimulated or working in fast-paced jobs, adapting to maternity leave had been difficult, taking its toll on their confidence.

An independent study of Mums Enterprise Event attendees showed that 11% were looking to find out more information about how to upskill while there, so I was able to advise those who wanted to focus their spare time on study and professional development, showcasing MOL’s variety of online courses that offer flexible learning and knowledge easily applicable in the workplace.

Many women said studying now could make it less of a shock to their mind when they returned to work. Others said it would look better to an existing or new employer and would also keep them busy during long periods when baby was sleeping or feeding.

Whatever their motivation, I was happy to advise anyone who considered studying either during or after their maternity leave, but I was most impressed by the strength and determination of the parents I spoke to. They came together with a common goal of finding the right balance and happiness for them and their families.